You are here: Home

Ubuntu: What exactly does LTS mean?

With the recent release of Ubuntu 8.04 (Hardy Heron), a lot of hype was generated (Overhype or well-deserved, that’s for another post). One of the main highlights of all the stories, news and reviews doing the rounds are that this is an LTS version. But many people, mostly those who are new to Ubuntu, and even a few who are already using it, are not sure what LTS really means.

Literally expanded, it stands for Long Term Support. Yeah right, but what does it actually mean. Does it mean I’ll keep getting updates till eternity or what? The explanation is quite simple really.


Long Term: What it means is that while a normal non-LTS is supported for 18 months, an LTS version will be supported for 3 years or 36 months (and 5 years for the server version).

Support: Now, don’t just jump into downloading it and installing on reading the long term part. This DOES NOT mean that you’ll continue getting newer versions of favourite software packages till that time. This only means that you’ll continue getting “security updates” for 3 (or 5) years. What’s the difference, some might ask, as they think that the newest version of a software is the most secure. However it is not so. A newer version may bring more features, but also more code to become vulnerable to bugs.

So, in a nutshell, to understand the situation, let’s take an example. If Hardy has a software X with version 1.3, and after 2 years the software moves to version 2.5, you’ll not be able to get version 2.5 from the hardy repositories but a version “1.x-ubuntuy”, which will have all the security and major bug fixes for that software, but not the new features that you might see in later versions.

I just did this post so that people don’t jump into it by getting a wrong impression about LTS and later on be disappointed on learning the fact. So, now you can make an informed decision.

back to top
Prev Next
Category: Linux

Warning: Invalid argument supplied for foreach() in /var/www/clients/client2/web2/web/j/modules/mod_jw_srfr/helper.php on line 39

Warning: count(): Parameter must be an array or an object that implements Countable in /var/www/clients/client2/web2/web/j/modules/mod_quicklistweblinks/helper.php on line 78 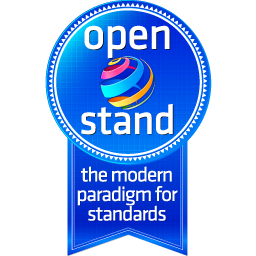 We have 335 guests and no members online

We have 337 guests, 2 bots and no members online